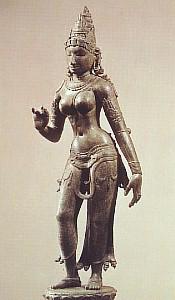 The Sanskrit word TANTRA literally means "warp (on a loom)", or "extension". It proceeds from the verbal roots TAN - "to stretch, expound", and TRA - "to save", which give further hints upon the other eanings of the word TANTRA.

This name is applied both for a certain category of texts of the Oriental spirituality, and for the doctrine, and teachings which they contain. However, the Tantric texts, the TANTRA-s - and there are several hundreds of them: proper TANTRA-s, SHIVA AGAMA-s, VISHNU SAMHITA-s, SHAKTA NIGAMA-s, etc. - are written in a kind of "code language", so that without an oral explanation from a competent GURU , a lot of passages are bound to remain unclear. 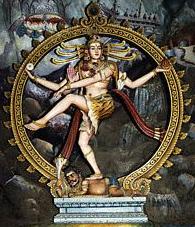 6. TANTRA teaches the practice of a special variety of YOGA, destined to transform the animal instincts and functions, by creating an upward movement in the body, along the energy- channels, NADI-s, and through the centre-s of force, CHAKRA -s. The process is most commonly expressed as "raising the KUNDALINI ". Connected with this YOGA is the elaboration of a subtle physiology, in which the microcosm of the body is homologized with the macrocosm, and the world of the gods.

7. TANTRA emphasizes the metaphysical, and operative importance of the feminine principle. The Woman, the Goddess, SHAKTI represents for the TANTRIKA -s the universal Power, the energy of bondage and Liberation, who veils and reveals, blinds and illuminates; the world is her toy, and her mirror. Therefore we encounter here a genuine revalorisation of the woman, and perhaps the only spiritual path that acknowledges a total equality between the two sexes, at all levels. The importance of the female manifestations extends on all the levels of the experience, from daily life, till metaphysics. 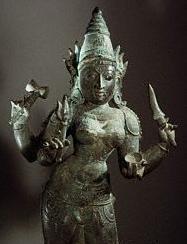 8. Important are also the speculations upon the mystic nature of speech, and its constituents; the existence is assumed of a phonic creation, parallel to the material phenomena. These revelations are connected with the sounds of the Sanskrit alphabet.

9. This has been developed concretely in the very frequent use of generally short, unintelligible formulas, called MANTRA -s and BIJA-s, correlated with various supernormal powers, and levels of consciousness by means of definite Yogic procedures, and which make the object of cosmic symbolism. Actually, the MANTRA-s are the most efficient instruments, according to TANTRA , and therefore the overwhelming majority of the Tantric texts deals to some extent upon this topic, and its secrets.

10. The general use of other concrete devices, like geometrical designs (YANTRA-s), symbolical representations (MANDALA-s), gestures (MUDRA-s), for the practical accomplishment or expression of metaphysical principles. The supernatural worlds are approached by specific methods of meditation ( DHYANA ), visualization, worship, etc. 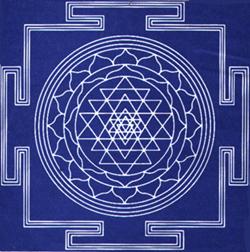 11. The Tantric teachings are structured on several levels, depending on those to whom they address; the traditional texts assert the existence of three different human types: the "divine" one ( DIVYA ), that practically doesn't exist any more in our age, the "heroic" one (VIRA), which is the best for the Tantric initiation, though rare, and PASHU , "the herd of the Gods", the "animal", that swarms in our dark age. Only the VIRA-s, say the tantric texts, the heros liberated of fear, hate, and absurd shame are qualified for receiving the full of the Tantric revelations, while the others receive an adequate SADHANA , which will first gradually bring them to the heroical condition.

13. Most of the Tantric lines are SHIVA -ite, because of the exceptional aspects of SHIVA: Benefactor, and Terrible, Healer and Destroyer of the evil, Supreme Androgyne .

14. TANTRA emphasizes the absolute necessity of initiation by a qualified spiritual guide, or teacher ( GURU ), and on constantly following his (or her) directions for spiritual practice. That is why, the Tantric texts use a special set of terminology, inaccessible for the outsiders, and whose "key" is handed over orally by the GURU.

15. In TANTRA there often appears an ambivalence of the divine and human existence, as complementary aspects of the same awesome, grandiose reality.

16. There is also a far-fetched categorization of the reality, especially in the symbolism of the numbers, and speech, which leads to the mysterious science of the breath, and TATTVA -s, and to connections with the ancient alchemical processes of the SIDDHA-s, and the body culture of the HATHA YOGIN-s.