Prescribing a gemstone to ward off any planetary afflictions in a birth chart of any person is a very delicate procedure. The prescription of a gem depends largely on the astrologer's keen observation and intuition. The stone must be match the qualities of the person. The stone must 'arouse' the qualities that a person needs to become success. We must find out which gems will boost the wearer's luck and prosperity and prescribe accordingly. The remedy must play down the bad qualities of the person while enhancing good ones.

For accurate gems remedies astrologer must have details like:

Nowadays, wearing a gem stones has become quite fashionable. In order to prescribe any gem to any individual his or her birth chart should be thoroughly examined to see which of the malefic planets are in chidra bhavas or are functional malefics ( malefics on account of the lordship of inauspicious house i.e., the 6th, 8th and 12th). If we will prescribe a stone for any of such planets, we will be only strengthening and accelerating their malefic tendencies. Therefore, the stones associated with the planets that are functional malefics for an individual should never be recommended.

After ascertaining the type of stone the next step is the weight to be used. This is a very tricky problem. Too big stone will cause an overload' while too little will not act at all. One must relate intelligently, the weight of the stone to the strength of the corresponding planets. There are strict rules and procedures for wearing a gem. Simply buying the stone at a store and wearing it will not only serve any purpose but will also put a life in gems by mantras and pooja.

Which gems stone will suit you.

Time, Day, Date and other wearing Instructions for the Gem Stone, in order to get what you desire from it.

Mantra for wearing to keep it pure as well as energized over a period of time.

Another famous Indian classical work 'Phaldeepika' has also subscribed to the above view. These gem stones are called Nav-ratnas (Nine Gems). Gemology although not considers them all to be precious stones, but being related to the planets, they are of considerable remedial use. 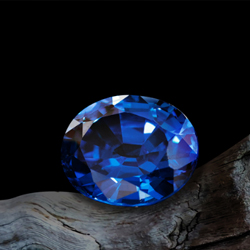 Blue Sapphire (Neelam) should never be worn without a trial. An unblemished blue Sapphire if it suits the wearer can removes poverty and provides health, wealth, longevity, happiness, prosperity, name and fame. It also restores lost wealth and property.

There are also following beliefs about this stone.

1. If the Sapphire (Neelam) is put in water and the same water is used to wash the scorpion bite, the effect of the poison is removed immediately.

2. If the Sapphire (Neelam) it is worn as a talisman, it gives protection from evil spirits.

3. The Sapphire forewarns its owner by changing its colour if there is any conspiracy or threat of an attack on him by his or her enemies.

Blue Sapphire (Nelam) is the gemstone ruled by Saturn.

Jupiter rules the Pukhraj or Yellow Sapphire. It is of yellow color and whatever class it belongs to, it is used for getting the benevolent blessings of Jupiter.

An unblemished yellow sapphire (often-called Topaz, a substitute semi-precious stone) gives the wearer, good health, wisdom, property, longevity, name, honors and fame. The wearer is blessed with children. It gives protection from evil spirits. It is believed that if there are obstructions in getting a suitable match for a girl, she gets married early by wearing a yellow Sapphire. Blemished gemstones are the cause of many troubles. A stone with cracks invites threats or theft. One without luster and transparency creates enemies and causes disharmony in the family. A milky stone invites injuries to the body. The one with a web causes stomach disorders. The one with red dots on it destroys wealth. The stone with a depression causes anxiety and disturbs peace of mind.

Who Should Wear A Yellow Sapphire?

Yellow Sapphire is the gemstone ruled by Jupiter. There is some difference of opinion whether the Sapphire assigned to Jupiter is the white Sapphire or the yellow Sapphire. 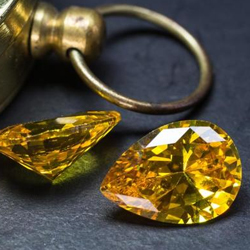 It is the most expensive gemstone in the category of gemstones. The most auspicious diamond is one that is colourless with a blue tinge or one, which sprays blue, and red rays and is without black dots. The Diamond with a red or yellow hue or tinge is said to be beneficial and auspicious for kings, political leaders and administrators. The Diamond having a white hue is suitable for religious, social and spiritual works. The Diamond of yellow hue showers success and prosperity. The Diamond of black hue is suitable for people who are engaged in inferior jobs or professions. Women desiring birth of sons to them should wear an unblemished white Diamond having a slight black hue. The wearer of Diamond is protected from the bad influences of evil spirits, and snakebites. A defective or blemished Diamond causes great harm to its wearer. The Diamond with the shape of island, is white, destroys wealth and happiness, and the one with the black Yava destroys wealth. Other defects disturb mental peace and bring disasters and diseases.

I) Dots: - The appearance or an impression of a dot on the Diamond is a major flaw in the diamond. Black dots are considered inauspicious in a diamond. White dot is considered acceptable.

II) If there are dots like the criss crosses then such diamond is considered inauspicious and is believed to bring death to its wearer.

III) If the yava shaped dots are on the diamond then it becomes inauspicious except when the dots are white in colour.

IV) If there is dirt in the corners or center of the diamond, even then it becomes inauspicious.

Who Should Wear A Diamond

Diamond is the gemstone of Venus. It will be beneficial for natives in whose birth chart Venus is lord of auspicious houses.

Emerald is considered an expensive gemstone. Most of the Emeralds have cracks, which reduces their value. A pale shade is not as valuable as is the emerald having deep velvet green to having a shade of grass green. It is difficult to find a flawless Emerald. A good Emerald is smooth and transparent and emits bright rays, and is without any dots or spots, this type of stone is considered most auspicious gemstone. An Emerald of good quality and without blemishes gives good health, a strong body to its wearer. Apart from this, it also makes him wise and intelligent. It increases wealth and property of the wearer and blesses the native with children. It gives protection from the bites of snakes, it also protects native from evil. It is also considered beneficial for good eyesight. It ensures safe and painless delivery for pregnant women. An Emerald, which is blemished causes injuries, deprives happiness from parents, causes mental and physical distress to the wearer.

FLAWS IN THE EMERALD

WHO SHOULD WEAR AN EMERALD? 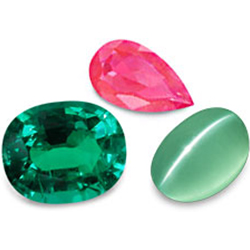 Emerald is ruled by Mercury. Natives having mercury as obtaining lordships of auspicious houses will do very well if they wear emerald. If Mercury is badly disposed or is inflicted by, conjunction with or aspect by malefic planet then emerald will neutralise the evil effect of such adverse influences.

It is firmly believed that wearing of pearl ensure happy conjugal life and protection from widow-hood. Anybody wearing an unblemished Pearl earns riches and is blessed by goddess of wealth Lakshmi. He or she lives long and all his sins are said be washed away. He gets vitality, becomes intelligent and achieves a high position in life. Pearl with a yellow luster brings wealth. A reddish pearl makes one intelligent. White Pearl bestows fame and the Pearl with blue hue is the giver of good fortune. The wearing of a defective pearl brings troubles. The Pearl, in which there is spot without luster like the hole, that pearl, is likely to cause leprosy to the wearer. If in any pearl there is a spot or sign looking like the eye of a fish, the wearer suffers loss of children. The Pearl, devoid of luster is said to shorten life. The Pearl that is flat brings a bad name to the wearer. The Pearl that is long instead of being round makes the wearer foolish and an idiot. If a side of the Pearl is broken, the wearer of such stones suffers the loss of his livelihood. The following are the flaws found in Pearls:

Who Should Wear A Pearl 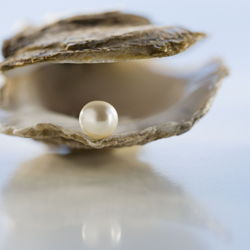 The wearing of a Red Coral (Moonga) makes the native courageous and a conqueror of his enemies. It is believed that the genuine Red Coral warns the wearer of coming ill health by changing its color. The Red Coral prevents from bad dreams and nightmares. It protects the wearer from evil spirits. A good and auspicious Coral possesses the following merits:

Ruby belongs to the category of the costly gemstones. It is a red colored gemstone. Wearer of the unblemished ruby enjoys wealth and property and is blessed with children. He becomes fearless, and is protected from afflictions, sorrow and disasters. He becomes virile and his will power and spirit is strengthened. He occupies a respected position in the society.

A blemished and defective Ruby, or one with a black hue brings troubles for the wearer. If the stone is dull, the wearer's brother gets into distress. Double colored ruby causes distress to the native and his father. The stone with a red sign causes quarrels and disputes. The gemstone with four spots or signs creates fear from wounds and weapons. If ruby is dusty coloured it causes stomach disorders and childlessness. If there is a depression on the stone, the wearer suffers from ill health and loses vitality and stamina. If the ruby is inflicted with many flaws it may even bring death. It is also believed that if the stone loses its color, the wearer is about to become the victim of some distress or disaster. It regains its color when the trouble is averted or over.

Following are the blemishes that may be found in a Ruby: 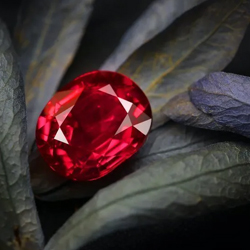